As cultural workers, we are focused on strengthening our individual and collective agency as an antidote to current and historic inequalities.  Our experience has shown that  collaborative vision building, content that disrupts generic cultural narratives, and inspiring facilitated environments offer much needed support and encouragement in expressing and manifesting our shared values. This creative vision can lead to positive and lasting social change.

Part activist intervention, part digital performance art, the game is an experiment in expanding the creative commons: a reference to the political ideal of collectively managing resources and a play on creative commons licensing that influences the sharing of online content.

The New Normal game was  an innovative project, created to stimulate collective visions to urgent social concerns. We hope that it encourages audiences to participate in narrative building, creating opportunities to imagine anew. The first iteration was curated during lockdown in South African. Most of the civil society responses to COVID were emergency responses to crisis and while this rapid response is necessary, the growing question beckoned, what will come next? The concept of the “new normal” is often used threateningly or as a dangling carrot. And many if not most everyday people are focused on surviving and are overwhelmed by this question. Whatever the new normal becomes, it is participated in and co-created by everyone and will force our complicity whether or not we want it.

Backyard Pitch Productions is dedicated to creating content that would offer Facebook audiences, the most used social media platform in South Africa, alternative realities for consideration. By presenting a radical and unbound room for public experimentation and approaches to our national struggles we open creative pathways for alternatives that are unconsidered, unpopular or deemed unlikely. These alternative realities are challenged by obstacles that are common ideological ideas, historical patterns, political problems and typical civil behaviours. By plotting out each stage of these ideas, players are given opportunity to clarify and stretch out their ideas, we get a grander sense of audiences deep value loyalties an begin predicting the future of the new normal, offering observant audience members moments of lucid clarity and insight. All while playing fun and games. The New Normal game can easily be transferred into a scenario setting board came.

We hope that the New Normal Game offers all audiences, even now that the first game is complete, inspiration to act in courage to look beyond our immediate needs and invest in a world that recognizes everyone’s full humanity. We aimed to create a space where organic intellects, grassroots activists and those offering insight from their lived experience can be heard and listened to and invest in more inclusive, community leadership, dismantling the narrative that governments, powerful political agents have the insight and decision making power to map us through these new realities.

The first iteration of the New Normal Game was played on Facebook. Eight preselected players, a range of social justice thought leaders are given the opportunity to pose possible solutions to current and future crisis scenarios and online audiences vote in polls to select the world scenario that they want to be a part of. This scenario would be challenged by a game master character who would name the socio-political difficulties of that landscape for players to resolve. 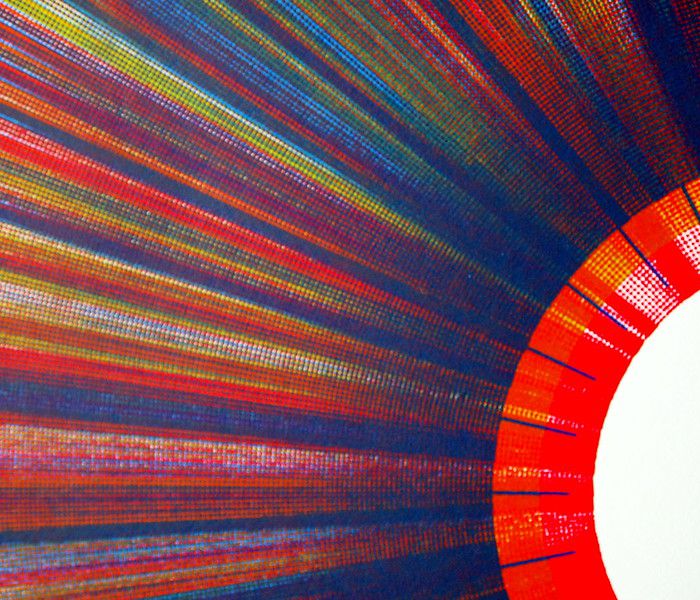 Sound the Call is an experimental exploration WhatsApp voice note series designed to reach underserved communities. We have built the project to be accessible, equitable and healing for audiences as our primary motivation.

Engaging with the series requires a WhatsApp invitation from someone connected to Sound the Call as we try to encourage intimate networking and trust based connections. 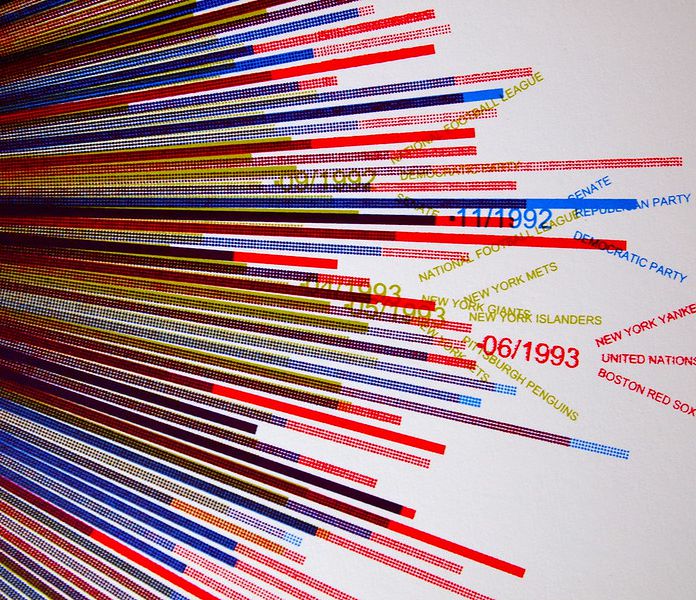 The wonders of the world are so much easier to ponder when you are not struggling to survive a global system of injustice by selling your labour. Manifestations of grace and abundance are effortlessly accessible when your life is not threatened by the daily structural and institutional violences that are designed for your failure. Innovative ideas and plans for future utopias are readily available if you are not consumed by battling generational traumas of historical dispossession. When our expansive potential and cosmic greatness are limited by the unavoidable daily grind, moments of gentle and guided psycho-social release, relief and relax are gifts to the spirit. The travelling time machine is this playground for recess.

By encouraging magical, surreal and afrofuturist interpretations of reality, we begin to lift cultural and personal  beliefs, fears and expectations that are held in our collective imaginations. By playing them out, by giving them room, by allowing them space, we give ourselves opportunities to observe and dislodge our deep emotional and spiritual narratives we barely noticed before an unassuming environment that centers your wellbeing . This is room to allow ideas, fantasies or traumas that struggle to find a place to be laid in our everyday life. The time travelling machine is a workshop that welcomes our mistakes, that holds the consequences of our decisions in live-action role playing games (larp), self and group care activities and a return to meaningless/full activities that help us return to our inner children and hug them, entertain them and offer ourselves gentle joyful comfort.

In a time of great rupture, of societal grief, of massive structural and institutional challenges, the time machine is a vacuum, a momentary pause, an intergalactic travel led by the imagination that is professionally facilitated to lift our gentle and playful spirits. While there are various iterations of the time machine, journeys that are travelled and outcomes that could be posed or not posed, each workshop begins with a day of orientation to presence in the body in time and space, time travelling role plays and individual and collective storytelling. In our community workshops we encourage and support magical realists/ sci-fi representations of the community narrative various forms of media.

*After a national scandal that is both boringly predictable and painfully real, the National Arts Council reneged on their contract with us and 700 other artists. This has negatively affected our ability to offer this workshop to communities, procure a travelling time machine vehicle and set and pay facilitators and artists on the project effectively. We are currently reviewing scaled down versions of the workshop to honour initial commitments while sourcing funding to allow this project the life it deserves.

According to Mark Fisher,  “It is easier to imagine an end to the world than an end to capitalism” because we have a deeply entrenched belief that capitalism is inescapable. Many of us fighting inequality are trying to prevent  the worst effects of capitalism instead of ending it, apparently because we don’t think it is really possible. This inability to see and move beyond the global system of exploitation is rather politely described as a ‘reflexive impotence’. Nice. Mark was a white economist from the UK, a bit cheesed off with the local arrogant reflexive impotence of his fellow global north movers and shakers.

But what does this mean for us, who believe it can end…who want it to end, or are dedicated to the fall of the global systems of exploitation, othering and extraction…but are also dependent on this same bloody system for survival?

We have always been a deep thinking, doing and imagining people.

We cannot afford to   wait for those with power in the same systems that have historically invalidated our ways of being, to recognise us.  Until We Remember is an attempt at elucidating histories that have been denied, raising the knowledge of our organic intellects and expanding the expression of our collective imagination  on a landing site that is not owned by a multinational tech company.  To collectively see beyond capitalism, we need to be given the opportunity to trust our intuition, feed our spirits and hear ourselves think.

In an era of competing world influencers who fight with ideas,  we are not just  passive consumers of the stories they are told. We are a vibrant,complex thinking and feeling people, who are already mutually imagining the world as it is. Our communities are  consistently  told who we are and what is possible.  The myth that attempts to  suppress  our individual and collective ability to imagine a kind and equitable world is crumbling and it is our duty to grab our  freedom and express, trust and encourage our inherent wisdom and agency.

Until we remember  is inspired by  a deep belief in the hearts and minds of everyday people. As children, we are taught that our  potential is endless, until the ‘real world’ teaches you otherwise. This real world is an imagined world made tangible. We need the safety to trust that this potential is not lost or only accessible to those with privilege. It requires an acknowledgment of our trauma while moving towards a healing centered approach so that innovation can be raised from the ground up.

During the crumbling of late capitalism, we need to strengthen our  spirits,  to act with courage, to deepen our capacity to discern and decide the narratives that are true to us. We can be led by community approaches to our collective difficulties and make/believe our own ideas of an improved world.

Until We Remember is an ever – growing collection of spatially connected stories. Stories are plotted on the map to explore how our narratives, cultures, ideas and experiences connect to the land. This site was birthed from conversations and discussions about the current structural, social, and psychological injustices around racial equity, colonization,class, and gender on the Coloured Mentality social media platforms. (https://www.facebook.com/colouredmentality, @colouredmentality) This site centers the experiences of black and coloured people and locates our lived experiences on a map. While made in South Africa we look forward to growing Until We Remember to include more contributions from the Global South in particular.